Now and then, clubs across the world update the merchandise for their players, staff, and fans in general. Many companies take advantage of the love of several fans to replicate these merchandises with a lesser quality to sell at cheaper prices.

From the various customer feedbacks and reviews about Subside Sports, it is clear to see that there are huge differences between getting top quality and official sports merchandise of your favourite football club as opposed to just buying one of the fake replicas which are found on many online stores. It is also important to say a lot of fans still find it hard to identify the differences between the fake and original merchandise of their teams. To help you identify a fake from an official football merchandising , we have listed out some differences that would help you in finding the real deal.

The Fit of the Merchandise

Fit is one way to differentiate official football merchandise from the fake. The fake ones are usually designed for casual, relaxed, and regular wear because, unlike the players on the field, the fans are not full-time athletes. The official merchandise, on the other hand, comes in a more athletic fit with features that helps you maximize performance. Some of these features include curved hem shape, light front, and backdrop in length.

Counterfeiters Tend to Make Mistakes with the Logo and Design

One of the many ways to spot fake online football clothing is to check the logo and the design on it because counterfeiters make mistakes. Logos and design of official merchandise are done by one company and are usually uniform across all the merchandise of a club.

The Fabric of the Merchandise

Another key difference between official and fake online football clothing is the fabric of the merchandise. The official merchandise always comes in a soft and well-structured fabric made from ultra-breathable polyester material . The essence of this fabric choice is to regulate the temperature of players regardless of the conditions. The fake merchandise, on the other hand, comes in recycled polyester material that is not as premium as that used for the official clothing.

Football Clubs have a lot of fans across the globe that try to do all they can to associate themselves with their favourite clubs. One way they do this is to buy the official football merchandise of the team they support. As a football fan, when you buy a quality merchandise of your team, you are guaranteed that it will last longer, and it would also fit better compared to fake ones. Also, the club you support tends to gain from your purchase if you buy from the official sources, and this could be your way of contributing to the growth of the club, aside being a match-day supporter.

Actively playing a football match, you will want the fit and material of your kit to be perfect. Football is a fast-paced, exhilarating sport and the proper kit helps make the difference between playing ok or playing outstandingly! On top of that sportsmen & women prefer to look good, they want to really feel self-confident and at ease as well – so for trustworthy sports-gear, many people turn to the larger, established brands to supply kit for our clubs.  The way you look and feel can change how you perform, so take time deciding on the correct Football Kits like those available from https://www.kitking.co.uk.

Have you thought about Adidas football kits for use in your sports team?

Adidas are the most important providers of sports gear in Europe and come in second place to Nike for global sales. The legendary three stripes ensure the highest quality for your team’s kits.

What about Joma football kits for your sports team?

If you’ve not heard of Joma, they are a Spanish sports gear company, with a true love for their work. Joma began selling back in the 60s meaning that they are undoubtedly incredibly successful in the supply of top-of-the-range sports clothes and shoes. If you are searching for sports clothing with a modern Mediterranean flair, you have made the right choice with Joma.

Why you should shop Hummel football kits

The footie collection from Hummel contains everything you could need to get your team ready for a match in style. This Danish business is one of the most seasoned sportswear manufacturers with a long history in football clothing. Coming from Denmark with love, Hummel is donned by some leading names in football, therefore you can be sure that the level of quality and appearance should surpass your expectations.

Have you thought about Stanno football kits for your team?

Stanno has got a reputation for excellent detail and this shows through with the excellent quality in every item, whether it is socks or footie jerseys. Whether you are looking for sportswear for drills, practice sessions or individual training, the durability of Stanno soccer gear is ideal. Recognised for their sizeable shirt assortments when it comes to football, their innovative sports kits will satisfy athletes and leisurely players as well. 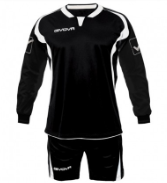 Have you thought about Umbro football kits for your sports team?

Coming from the United Kingdom, this sports firm has been effectively creating football attire and offering it here as well as abroad since the early 1900s. It is fair to say they know pretty much everything there is to know about sporting apparel! Having kitted out World Cup Winners, Umbro are definitely a reliable and trustworthy provider for your next football kit replacement.

With so many suppliers to choose from, you’re going to be spoiled for choice whether you play leisurely or you are fiercely competitive. You will want to select kit that gives ease of movement, absorbency and support, enabling you to concentrate just on what’s important – the game! You’ll want to zone in on the companies renowned for their reputation on the football pitch. Further properties to look out for in your sports clothing include durability, stretchiness, absorption and care instructions because it should be an easy task to clean quickly shortly after taking a beating!